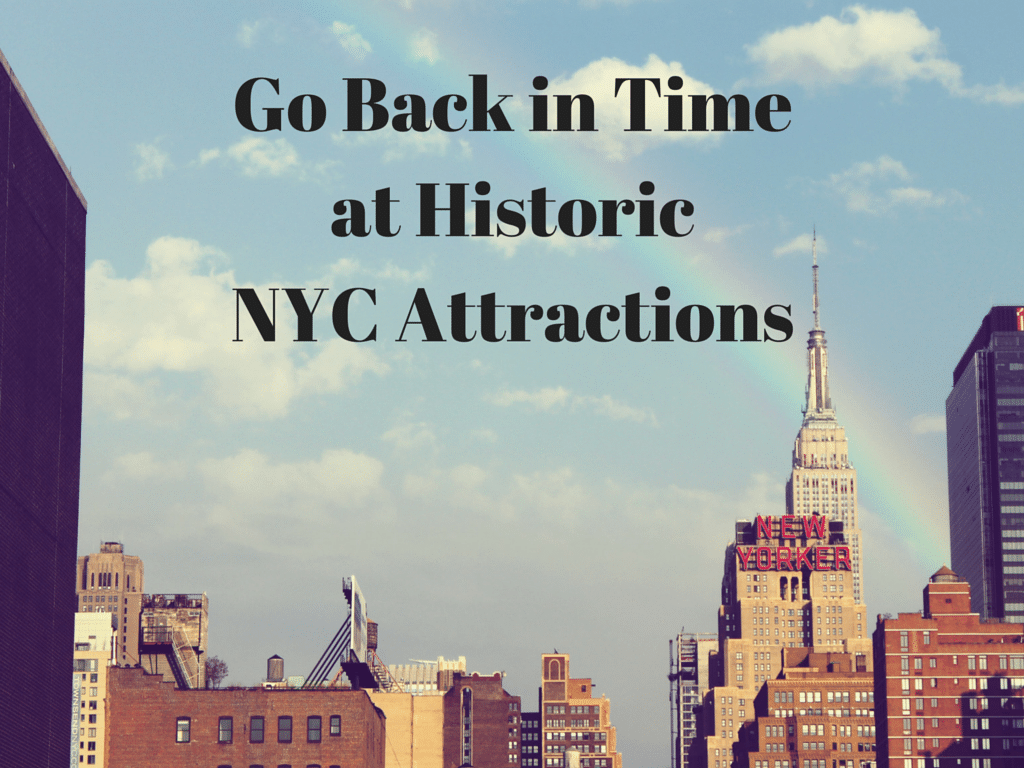 New York City is home to a variety of iconic attractions. While the famed sights of Rockefeller Center, the Empire State Building and 5th Avenue all offer something that no other city can rival, Gotham is home to so much more than meets the eye. As a home for a melting pot of cultures that features artistic exhibits unlike any others, New York City features a rich history just waiting to be explored.

History buffs revel in old buildings, noteworthy architecture and a variety of NYC attractions that are a testament to its roots. In addition to offering an unobstructed view into the city’s past, these sights often come with less intense crowds which means that you’ll spend less time standing in line and more time exploring like a local.

Tip: Explore historic NYC and beyond with a licensed NYC guide and photographer. Our custom photo safaris include high resolution photos of your group at no extra cost!

Some of our favorite NYC historical attractions include:

Escape to a former military residence on the Brooklyn Navy Yard and explore BLDG 92 in all of its glory. This small museum chronicles some of the most significant Navy accomplishments in history including Pearl Harbor. Take an inside look at this institution which, at its peak during World War II, employed nearly 70,000 people and experience New York’s navy manufacturing exhibits in all their glory.

While The Cloisters were constructed in the 30s, they bring you to a time much further back. Set in a bucolic park overlooking the Hudson River, this Middle Ages Museum houses art and architecture collections that are sure to inspire. The grounds are lovely and make for an exiting way to spend an afternoon.

This institution was built in 1907 on the same spot as the first settlement in Manhattan. While the history of this attraction is rich, one of the most striking characteristics is the Beaux Arts architecture you’ll find both inside and out. Today this building is home of the George Gustav Heye Center and the National Archives.

City Reliquary connects visitors to the past and present of New York through a display of New York City artifacts, rotating exhibits and events in Williamsburg. In this museum’s permanent collection you’ll find postcards of the Statue of Liberty, subway tokens, geological core samples and countless other artifacts that tell their own stories.

The Apollo Theater Has a Rich History of Celebrating Greatness. (Image via Instagram @apollotheater)

This 78-year-old Harlem destination has been the site of many historic moments. Ella Fitzgerald’s first performance was at the Apollo Theater in 1934 and Jimmy Hendrix won a contest here as an ammeter in 1962. While it may not be as old as other NYC destinations, the Apollo Theater stands as a link to the Harlem Renaissance that showcases big-name comedians and rock stars today.